by
Back to Fellows 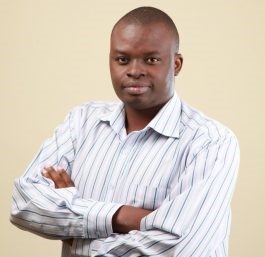 Area of Research: Disaparities in health and access to healthcare among older persons in Uganda

Stephen Ojiambo Wandera (PhD) is a Gerontologist, Demographer, and a Population Health Expert. He is a Lecturer and Chair of the Department of Population Studies, Makerere University, Kampala, Uganda (2006 – Present). He was a Postdoctoral Research Fellow (2019-2021) of Fogarty International Centre of the NIH, and an Honorary Lecturer (2018-2021) at the University of the Witwatersrand (WITS University). Previously, he was a Postdoctoral Research Fellow (2016-2017) of ICAP at Columbia University, Pretoria South Africa and the University of the Witwatersrand, Johannesburg, South Africa. He is a CARTA Cohort 2 graduate (2012-2016): https://cartafrica.org/cohort-2-carta-fellows/stephen-wandera/. His research focuses on vulnerable populations including children, women, and older population in Uganda. Among the ageing population, he focuses on inequalities in health and access to healthcare among older persons in Uganda. He also explores social determinants of health for older persons in sub-Saharan Africa. Recently (2021), he conducted a Scoping Review of “Cognitive Stimulation Therapy for older people with Dementia in Africa”. In 2018-2019, he led the first survey on ageism against older persons in Uganda, which led to diverse policy dialogues in Uganda. As a CARTA re-entry grantee (2017-2018), he investigated the “Determinants of HIV Testing among older persons in Uganda”. His PhD research (2012-2016) focused on “Disparities in health and access to healthcare among older persons in Uganda”. He aims to use experimental or intervention research designs in future to address the health needs of older persons in Africa. Among women and children, he has investigated violence against women and children and Parent-Child Communication about sexual and reproductive health. In future, he wants to investigate violence against men and boys. Also, he wants to use experimental studies to design interventions for addressing violence against women and children. He has published 25 peer-reviewed journal articles and 7 book chapters and several technical reports on population aging, intimate partner violence and sexual and reproductive health: https://www.ncbi.nlm.nih.gov/pubmed/?term=wandera+stephen. He has attracted funding (over USD 500,000), supervised 7 masters and 66 undergraduate students. He is a mixed-methods researcher, trainer of Nvivo, STATA, SPSS, and an Associate Editor for BMC Public Health. He is a member of the TASO Research and Ethics Committee (2018-2021). He holds a PhD in Population Studies (major: Population Ageing), MSc. Global Issues in Gerontology and Ageing (University of Stirling, UK), M.A. Contextualized Pastoral Ministry (Lancaster Bible College, PA, USA), MSc. Population and Reproductive Health (MAK) and a BSc. Population Studies (major: Population Health).