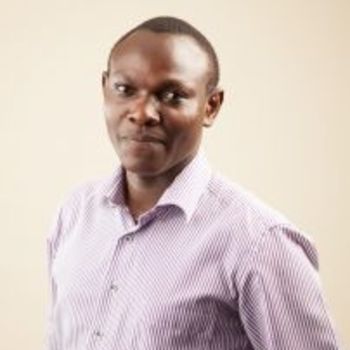 Emmanuel Kaindoa is a Research Scientist and Deputy Head of the Environmental Health and Ecological Science Department. Emmanuel joined Ifakara Health Institute in 2011 to work as a Research Officer within a project called African Vector Control-New Tools Project (AvecNet), a large consortium built on the idea of controlling malaria by targeting the vectors. The main aim of this project is to develop and evaluate new technologies that can be used alongside long-lasting insecticide nets (LLINs) in Africa. He obtained a Masters of Science in Biology and Control of Parasites and Disease Vectors from Liverpool School of Tropical Medicine in 2013, having worn a competitive Wellcome Trust Masters Fellowship in Public Health and Tropical Medicine. In fact Emmanuel’s Application was ranked by the Wellcome Trust as the top-ranking application that year, thus his fellowship was co-funded by Association of Physicians in UK and Ireland. He is currently working towards a PhD in Public Health at Witwatersrand University, South Africa, which is funded by the Consortium for Advanced Research Training in Africa (CARTA) in 2015. Currently, he is also involved in the longitudinal surveillance of malaria vectors in rural Tanzania. Emmanuel’s interests include research on relationships between geography and human health, spatial epidemiology of diseases, with specific focus on understanding underlying biological processes, including how mosquitoes seek and find humans within communities, and how this influences the epidemiology of mosquito-borne diseases. Mr Kaindoa has authored or co-authored six papers in international peer reviewed journals. He was appointed as Deputy Head of the Environmental Health and Ecological Science Department at Ifakara Health Institute since July 2016 to date. More details can be found at: http://ihi.or.tz/staff/mr-emmanuel-kaindoa/