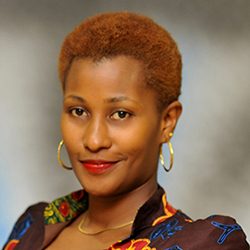 Irene Richard Moshi is a social scientist specializing in social and cultural aspects of women and children’s health. She holds a Master of Arts in Demography and a Bachelor of Arts in Sociology (Social Policy Analysis and Administration), both obtained from the University of Dar es Salaam, Tanzania. She joined Ifakara Health Institute (IHI) in 2012. Before then, she worked as an independent researcher focusing on reproductive health and malaria research. From 2012 onwards, Irene has actively and productively participated in several research projects; notably the Outdoor malaria control and Community based knowledge on food storage to reduce child malnutrition in rice farming communities. Currently she is pursuing her PhD studies in Public Health at the University of the Witwatersrand, South Africa funded by the Consortium for Advanced Research in Africa (CARTA). Her main research interests revolve around improving the health of women and children by focusing on the social, cultural and economic determinants of their health.