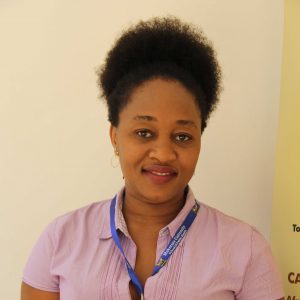 Marceline (Lina) Finda is a research scientist at the Ifakara Health Institute in Tanzania. She received her BSc in Biochemistry from Western Washington University (USA) in 2010, and in 2014 received a Masters of Public Health with dual concentrations in Maternal and Child Health and Health Education and Promotion, from Tulane School of Public Health and Tropical Medicine (USA). Ms. Finda’s research interest is on mosquito-borne disease transmission; their current magnitude, prevention measures and impact on communities in endemic areas. Ms. Finda is currently overseeing two projects at the Ifakara Health Institute; one is on monitoring the magnitude and drivers of the residual malaria transmission in Tanzania and Burkina Faso. This project involves studying and monitoring two key components: human behaviours, knowledge, and perceptions regarding malaria transmission; and mosquito densities, behaviours and resistance to the current prevention tools. Results from this project will improve our understanding of residual malaria transmission dynamics in Africa and in identifying the main environmental and anthropological factors associated with the residual exposure. Another project is on the use of repellent-treated footwear for prevention against mosquito-borne infection in Tanzania and Brazil. This study aims to provide an alternative approach that will provide round-the-clock protection against Malaria, Dengue, Zika and Chikungunya using transfluthrin-treated sandals. Alongside her role as a researcher, Ms. Finda works as a liaison and disseminator between the Ifakara Health Institute and its surrounding community.