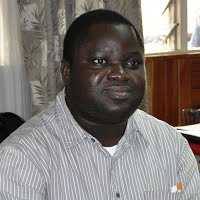 Sulaimon Atolagbe Afolabi is a demographer, statistician and information technology specialist with strong technical and practical background. He completed a Bachelor of Science (honours) degree in Demography and Social Statistics in 2002 from the Obafemi Awolowo University, in Ile-Ife, Nigeria, and Master of Arts in Demography and Population Studies in 2007 from the University of the Witwatersrand, Johannesburg, South Africa. He is currently pursuing a doctoral degree in the field of Demography and Population Studies at the University of the Witwatersrand. The title of his PhD thesis is, “A Longitudinal Study of Migration and Its Relation to AIDS/TB Mortality in Rural South Africa”. He has been employed as a data scientist at the South African Medical Research Council/ Wits Rural Public Health & Health Transitions Research Unit (Agincourt), since 2007. Agincourt is a Health and Demographic Surveillance System located in the Mpumalanga Province of South Africa. In 2012, he participated in a two week residential training programme on Population and Development at the Brown International Advanced Research Institute (BIARI) of Brown University, Providence, USA. He is a fellow of the Consortium for Advanced Research Training in Africa (CARTA). Apart from data management, he is interested in studying the components of population change – migration, mortality and fertility and their impact on the health and well-being of people. He is part of the INDEPTH working group on the Multi-centre Analysis of the Dynamics of Internal Migration and Health (MADIMAH). He has received a travel grant to present his work at the annual meeting of the Population Association of America (PAA) that took place in San Francisco, USA, in 2012. He has also been supported by the International Union for the Scientific Study of Population (IUSSP) to present his work at its XXVII conference in Busan, South Korea in 2013. In the course of his doctoral training, he has gained expertise in the field of population and health and has had various opportunities of interacting with scholars in the field. His future plans entail the application of his skills in population and health research to produce evidence for tackling challenges faced on the continent of sub-Saharan Africa and beyond. In future, he envisages mentoring and nurturing upcoming researchers and dreams of being a recognised researcher in his field.