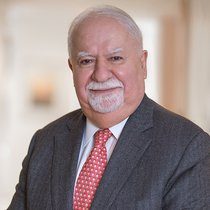 We are saddened to hear about the loss of Vartan Gregorian, the President of Carnegie Corporation of New York, which happened on April 15, 2021, in New York City.

Since our inception, Carnegie Corporation of New York has funded our work, fervently supporting us in advancing the career paths of early career researchers in Africa through doctoral and post-doctoral fellowships.

The investments made by the Carnegie Corporation through the Partnership for Higher Education in Africa have allowed us to produce tens of highly trained African scholars and seen us partner with institutions across the continent to strengthen research training and leadership at those institutions. CARTA partners are now contributing to strengthening the continent’s higher education sector by improving the training, retention, and research productivity of academics in public universities. We are indebted and eternally grateful for Dr. Gregorian’s work and philosophy of providing training, education, and culture as espoused by his words below.

“Today’s universities—along with our colleges, libraries, learned societies, and our scholars—have a great responsibility. More than ever, these institutions and individuals have a fundamental historical and social role to play in ensuring that as a society, we provide not just training but education, and not just education but culture as well.”

We offer our deepest sympathy to his family, the Carnegie Corporation of New York, and the many people whose lives he touched with his vision. May they all find comfort in the memory of his service and devotion to making the world a better place.